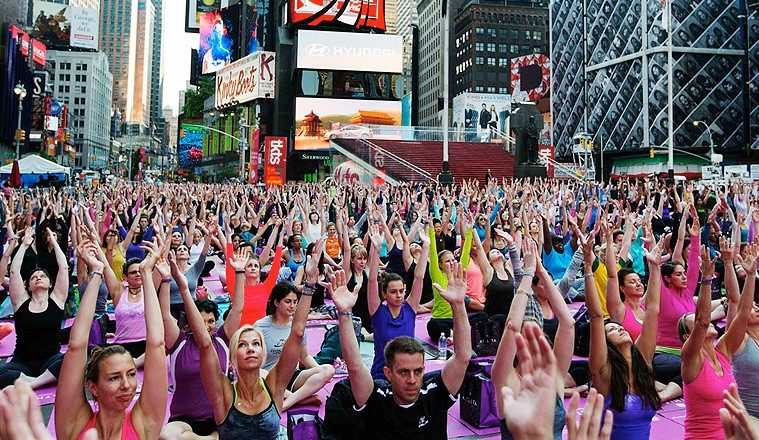 Yoga lovers, attention! Because you are going to like this! The United Nations declared June 21 as the International Yoga Day of the year. This means that all over the world yoga events will take place and also in Amsterdam of course! This year June 21 is on a Tuesday; time to get our yoga mats out of the closet!

“Contribute to a better world and start with yourself.” The aim of the yoga day. When so many people practice yoga at the same time, solidarity is created. But you also create with yoga a positive effect on your immediate surroundings. So even if you’re not necessarily a yoga lover, this is a special event to contribute.

The idea for this yoga day came from the Indian Prime Minister Narenda Modi. Not so strange of course, since India is the birthplace of yoga. The Prime Minister sees yoga as a way to connect the world and nature. He states that it must bring a change in our way of life and our consciousness. And hopes that the international Yoga Day is a step toward world peace.

The first International Yoga Day took place in 2015, in India premier Modi led the way himself. Thousands of people participated in a yoga session. But also cities like Paris and New York take part and we ‘Amsterdammers’ of course, don’t want to be left behind!

On this June 21 Bikram Yoga Amsterdam celebrates their birthday on the Korte Prinsengracht along with the International Yoga Day. You can follow 3 classes at 18:00. Sign up through their locations.

And although the program in Amsterdam not yet complete (or isn’t released yet), we expect at Body and Mind Amsterdam that there more sessions are planned. Look for the latest information at Yoga Dag NL or Buiten Yoga!!

Are you also participating on June 21?’