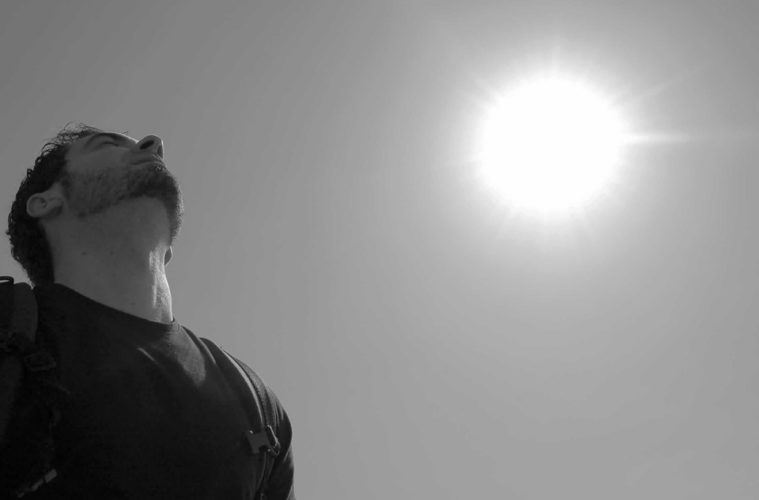 Zen Dojo Amsterdam is a centre for Zen meditation in Amsterdam. It is headed by zen master Kosen Thibaut and is part of the Kosen sangha (English). In the ZDA there is daily zen meditation led by zen nuns and monks.

Zen is the practice of sitting silently and attentively in a stable posture while letting your thoughts pass. This practice brings one back to the source, to the original energy; to openness and freedom.

I practice Zen meditation for almost 20 years now, not every day, but regularly enough to call myself a serious practitioner. I’m initiated, first as a bodhisattva and later as a monk. I follow master Kosen Thibaut he is a great personality, a very charismatic and striking figure. 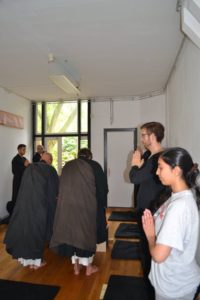 There is a lot of talk about the ego in the zen and especially on the necessity of letting go of it, but in our sangha the ego seems is important. It is not about to deny or ignore the ego nor to let go, it is about letting it fully bloom. I remember this expression of the master; you have to increase, not decrease the ego. Because how can you let go of the ego, if you don’t even know where or what it is? You are not relieved by hiding your ego, but by letting your ego shine.

Another line: “do not wait, but act, do and react!” This kind of Zen messages have helped me to find my own way. Find your own way means in my case that I should increase rather than reduce my ego, rather search then release.

The zen is an exercise that brings me back to myself, but also to passes to myself. Zen laughs at individual troubles, to the identification of issues, to the ever recurring vicious circles. Zen opens the way without leaving any traces.

o Every Sunday at 10:00 there is a free introduction Zen meditation.

For more information, go to: the Facebookpage or mail .