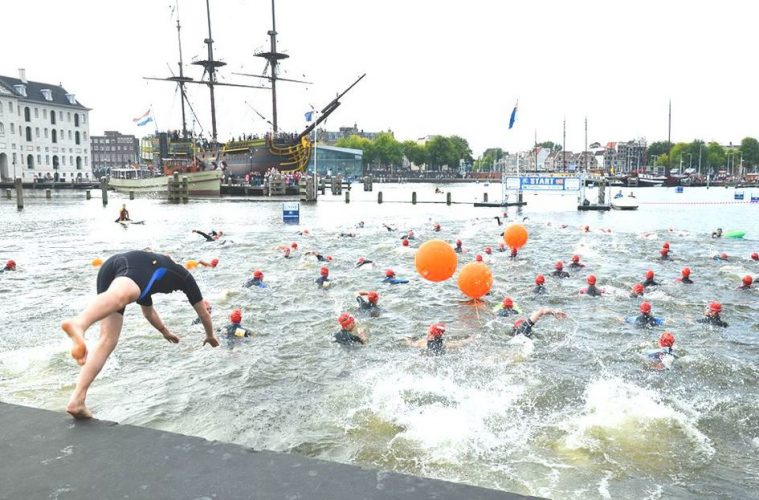 Swimming in natural waters of Amsterdam

De Nieuwe Meer, Sloterplas, Gaasperplas, Ouderkerkerplas en Strand Diemerpark: they are the common places, which most locals will sound familiar. They are also appointed by the municipality and Waternet as official swimming spots. (Source: Parool ). In English you can also find information on: dutchamsterdam.nl

Are you really fanatic, this summer you can also join this three swimming tours!

On Sunday 17 July 2016 organizes swimming club ‘Het Y’ for the sixth time its open water race and once again there will be a two kilometres special for triathletes on the program. A wetsuit is allowed (according to the rules of procedure by the NTB = Dutch Triathlon Federation)! Location: Gaasperplas, Langbroekpad 2 EA Amsterdam Zuidoost, 1108. More information is available on the website of Zwemvereniging Het Y

On Saturday 27 August 2016 organizes the ‘ Bosbaanswim Foundation ‘ for the fourth year a recreational performance tour at the Bosbaan. You can choose from four distances; 2000 m, 1500 m, 1000 m or 500 m. You can start between 12:00 and 15:00. They advise to come with public transport or by bike, there is only limited parking space. For more information, see the website of the foundation.

The most well-known swimming tour is the Amsterdam City Swim through the canals of Amsterdam. This is a swimming tour of two kilometres which takes place on 11 September 2016. Goal is to raise money for research into the ALS disease. The Amsterdam City Swim has become a successful annual event. Would you like to be part of this unique event, keep a close eye on the site of the ACS. You can sign up from April. There is an extensive website with more information .

In short, this summer you can take a refreshing dip on many places in the city!