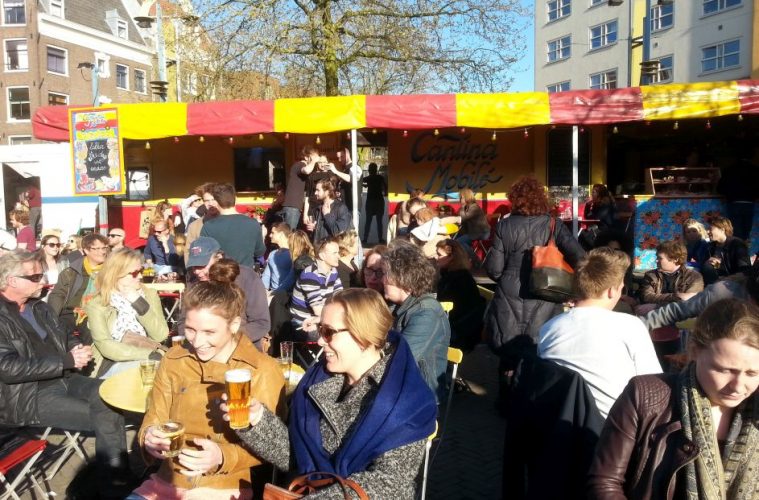 April Events at the Nieuwmarkt

Every year party in April

I had never heard of it myself, but every Amsterdammer who lives near the Nieuwmarkt knows about them. The April Events! At the square in front of the Waag there is a fair, tents where music is played and lots, lots… of fun. On the opening night Trafassi played in the Oranjerie. People, young and old, were swinging on the beat of ‘effe lekker draaien … doe maar in je wasjmachien’. I admit, the lyrics could be better, but the rhythm guaranteed a great atmosphere. Everybody was shaking their hips and the April Events had started.

Each year at the end of April there is plenty to do at the Nieuwmarkt for a whole week. During the event you can have some old-fashioned fun. There is a Ferris wheel, a merry-go-round and performances by bands you probably don’t know. Whatever day you choose to go, it’s always fun. In short, an event that’s not to be missed! (Source: Schatzoekers Amsterdam) 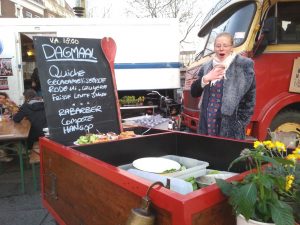 Dish of the day

Every day there is a dish of the day that is offered for a reasonable price. Delicious and good food. A quiche, for instance, with a cucumber salad and a dessert for € 13,-. And on Sunday morning April 24th there is a neighborhood breakfast at 11:00. It is required to book a seat in advance at the information trailer!

For the kids there is also plenty to do, such as:

Looking forward to going to the Nieuwmarkt and enjoy music, fair and good food?

The April Events Nieuwmarkt 2016 are held until April 27th and on King’s Day there is plenty to do as well: old-fashioned games and more music! You can more info on the Facebook page.